In near Future, you’ll wish you had started today! By Jovana - 6 min read

Everybody who has watched “Back to the Future” trilogy, is aware that we are living in that mystical year of 2015.

This October, 21-25th Los Angeles will host 30th Anniversary with Fan Celebration of the Back to the Future movies. Reflecting on this, 30 years later, we are not witnessing the future this movie described so vividly. Yet.

While we are waiting for Nike to release a line of Marty McFly’s self-lacing, light-up sneakers, Jill and Greg Henderson developed the world’s first REAL hoverboard, working on a magnetic levitation principle, called “Hendo Hoverboard”. The Lexus "Slide" hoverboard follows close behind.

Surely, there must be more than this, right?

To explore this, we launched an Innovation Cloud Challenge called “Are we in the Future yet?“ as a team building activity, with aim to motivate employees to discover the products of the future. We wanted to explore how close we are, compared to the vision of the future from the movie trilogy.

Here’s what we got: 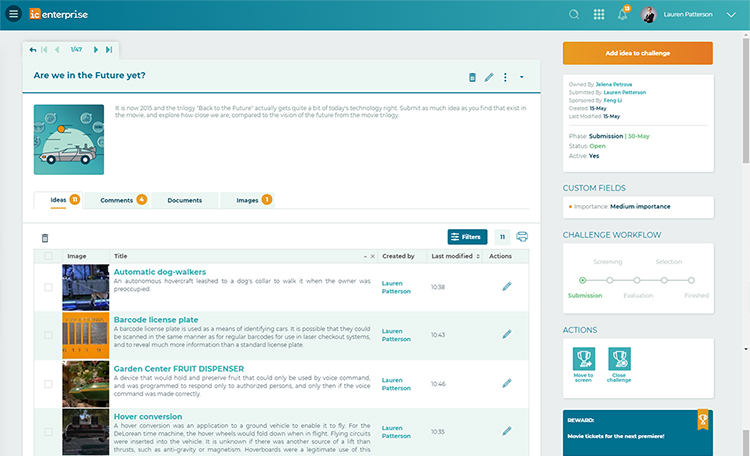 1. Automatic dog-walkers - an autonomous hovercraft leashed to a dog’s collar to walk it when the owner was preoccupied.

Present time 2015: Devices that could make this concept a reality do in fact exist, but for the time being are not widely available. Additionally, the noise from modern drones (used for this purpose) would likely spook most dogs, making drones use unlikely. For the time being, it appears that humans will still have to walk their dogs manually.

2. Computerized breastplate - a technology which could be programmed to produce certain sound effects, like in a movie, used by a member of Griff Tannen’s gang to insult Marty McFly, producing the sound of a chicken clucking.

Present time 2015: There is an app available for devices such as smartphones and tablets, computers, that performs the same function as the computerized breastplate.

3.  Dehydrated pizza - Pizza, processed to the size of a cookie until rehydrated. A dehydrated pizza that measured four inches in diameter was considered quite large.

Present time 2015: While most people don’t eat dehydrated pizza, astronauts have their food dehydrated like this, before their space mission , which expands when water is added.

4. Thumb pad – a form of entry into a building or room, a thumb pad identified the user by their unique thumbprint and welcomed the person once they passed security.

Present time 2015: Although not yet seen in commercial use, thumb pads are already available for sale online, four years before the events of the movie took place. Good job there.

5. US Weather Service - controlled weather, the weather appeared to be planned in advance.

Present time 2015: Although it is possible for scientists to manipulate or alter weather conditions, we’re still not able to control and schedule weather. Something we are often reminded off thanks to the wrong weahter forecasts.

6. Video glasses - an input device,  to view television programs without a large screen.

7. Barcode license plate – it’s used as a means of identifying cars. It is possible that they could be scanned in the same manner as regular barcodes for use in laser checkout systems, and to reveal much more information that a standard license plate.

Present time 2015: The existence of barcode license plates implies that there are scanners everywhere, to track all vehicles at all times. The function of this barcode license plate wasn’t outright elaborated on in any way. It is possible the plate may not function as an actual barcode to be read directly, but as a transponder and/or tracking device. Relevant information could be stored on it. This would allow for longer range , vehicular scanners on law enforcement vehicles to track at a distance and get relevant info at a moment’s notice without having to scan the plate directly like a barcode would need. Such data storage and retrieval technology exists today.

8. Auto-adjusting and auto-drying jacket  - The jacket had a button on the bottom near the zipper area that auto-adjusted to the wearer and dried itself when wet. While performing these actions, jacket speaks to the wearer on each occasion to let them know what was happening.

Present time 2015: Besides some “intelligent clothing” designs that can adjust themselves according to outside temperature and WiFi technology, auto-adjusting and auto-drying jackets have yet to be invented.

9. Garden Center fruit dispenser - was a device that would hold and preserve fruit that could only be used by voice command, and was programmed to respond only to authorized persons, and only then if the voice command was made correctly.

Present time 2015: Although the technology Fruit dispensers exists, they still have to be invented.

10. Hover conversion - A hover conversion was an application for a ground vehicle to enable it to fly. For the DeLorean time machine, the hoverwheels would fold down when in flight. Flying circuits were inserted into the vehicle. It is unknown, if there was another source of lift other than thrust, such as anti-gravity or magnetism. Hoverboards were a legitimate use of this technology.

Present time 2015: Beside The Lexus "Slide" hoverboard and “Hendo Hoverboard” that still are in development, aerospace company Advanced Tactics of El Segundo, from California is developing a prototype VTOL aircraft for the military that has driving capabilities, but uses eight propellers and is 25 feet long, much larger than the hovercars in the movie. Massachusetts-based company  Terrafugia works on The TF-X™ that is still in the early stages of development, with a production date estimated at 8-12 years in the future. The TF-X™ is a fixed wing street-legal aircraft with electric ground drive and electric power assist on takeoff and landing that will have a range of 500 miles with cruise speeds up to 200mph.

The one who found and elaborated the best match between fiction and reality, will get to travel to 30th Anniversary Fan Celebration in Los Angeles, California. “Hover conversion” is a leader for now with most comments. With this activity, we involved each employee, to improve collaboration and interpersonal relationships to a more cohesive group.

Fact is, that we are living in 2015. year, and maybe we don’t have flying cars yet, but we do have new findings and innovations every day all over the globe. By the end of World War II knowledge was doubling every 25 years. Today, on the average human knowledge is doubling every 13 months. According to IBM, the build out of the “Internet of Things” will lead to the doubling of knowledge every 12 hours.

So, this statistic, is telling us that we need to improve and innovate all the time, because if not, it’s going to be as Marty McFly said:

“I guess you guys aren’t ready for that yet. But your kids are gonna love it. “ 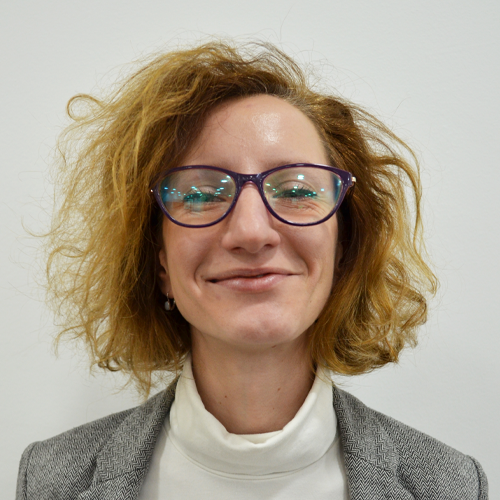 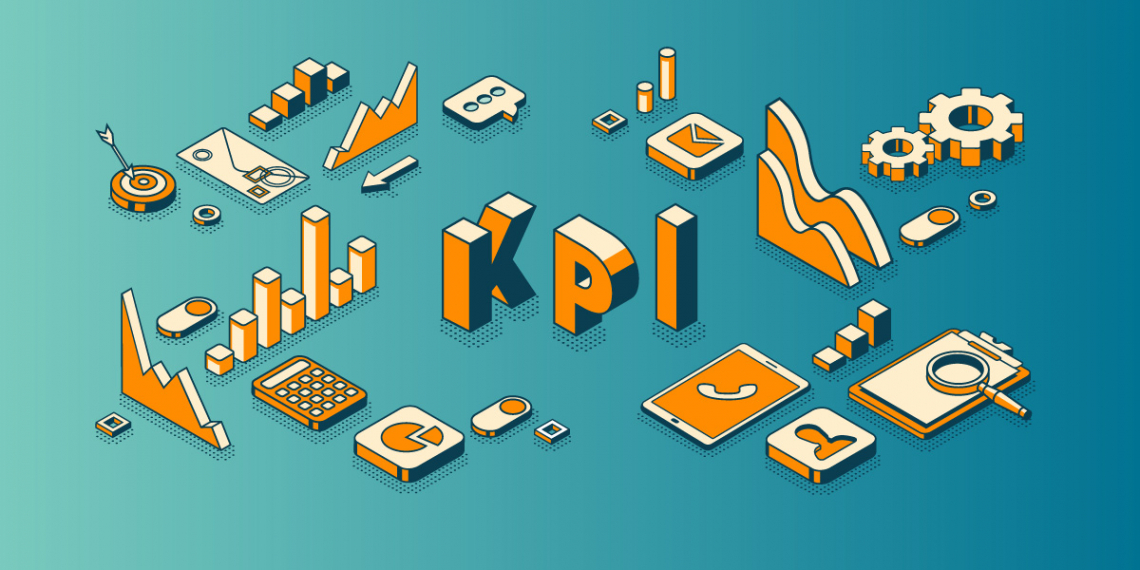 How to measure employees’ ideation performance?

Ideation KPI’s that you can use to track employees’ engagement in the field of innovation management. 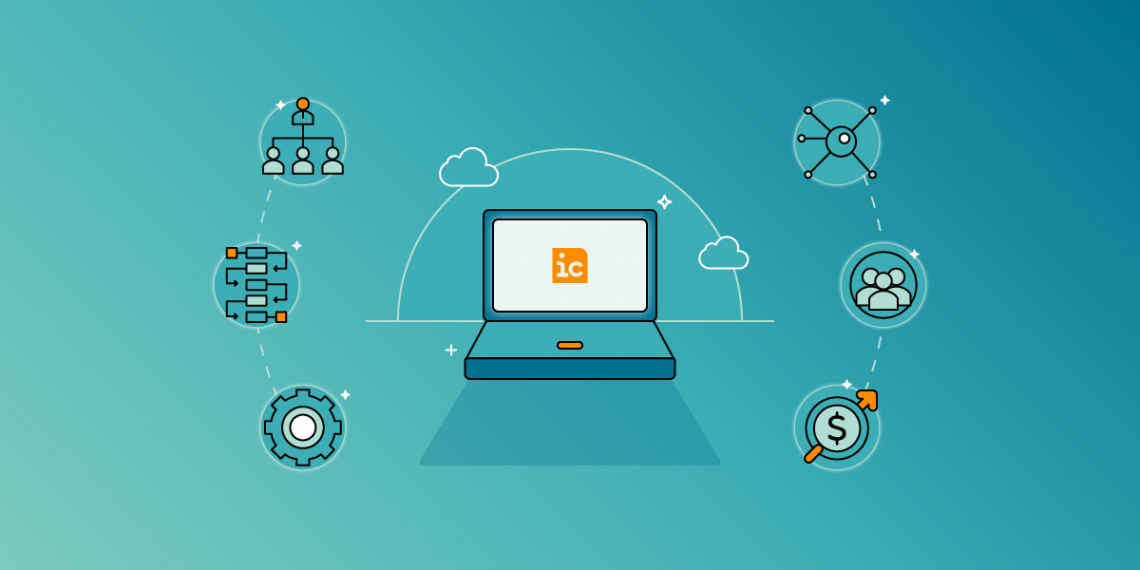 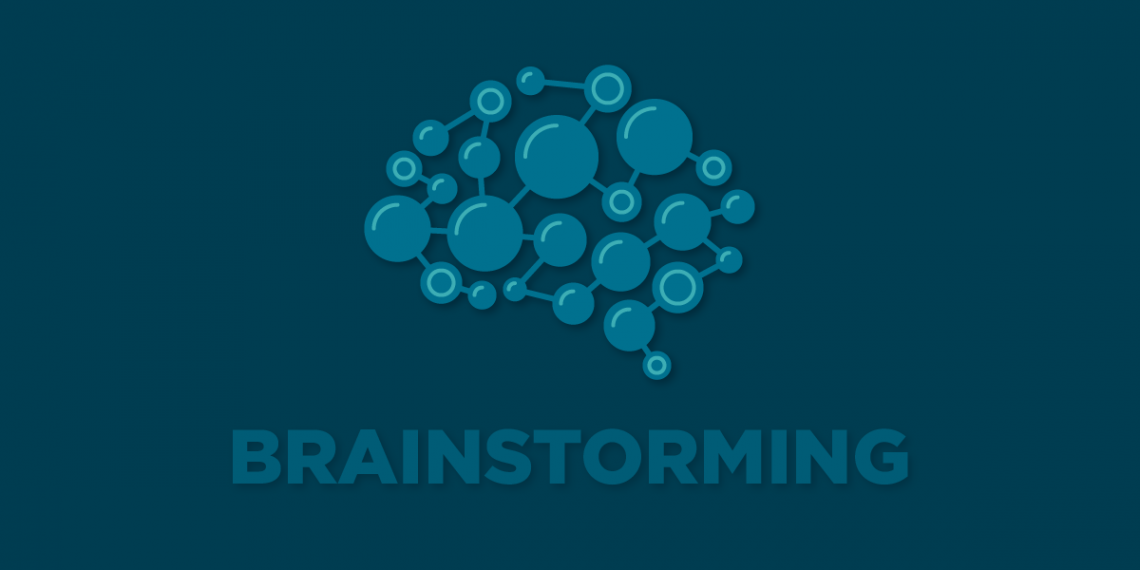 Brainstorming encourages the use of creative thinking